As we age, we become more and more concerned about lapses in memory. The older we get, the more likely we are to experience decreased cognition, decreased memory, and increased confusion.

Adults over the age of 65 are more likely than the general population to experience:

What’s worse is that people over 65 are less likely to be diagnosed and treated for mental health issues.

Every single mental attribute of aging can be alleviated or remedied by working to keep your mind sharp.

Factors that affect brain health include:

2. Intellectual wellness. Studies have shown that people with higher education are less likely to develop dementia and other cognitive disorders. However, even if you don’t have a college degree, you can stimulate your mind by taking college classes (free for people over 65 at most campuses), playing brain training games, playing specific types of video games, and learning new skills and crafts.

3. Healthy diet. Poor nutrition has been cited as a factor in developing dementia, depression, anxiety and more. The Mediterranean diet is noted for reducing the chances of dementia.  As we age, it’s important to keep the following advice in mind:

Learn how following the Mediterranean diet can help your brain!

4. Head injury. Even minor head injuries, such as concussions, can lead to an increased risk of dementia and cognitive impairment.

6. Cigarette use. Surprisingly, nicotine may have short-term positive effects on brain function. However, the other ingredients of cigarettes do the opposite. Specific studies on cigarettes indicate cigarettes do more harm than good.

8. Aspirin. Some studies suggest that the use of low-dose aspirin or other nonsteroidal anti-inflammatory drugs may reduce the risk of dementia from 10% to 55%.

10. Blood sugar. Diabetes is another risk factor for dementia. However, if you can keep your blood sugar under control, it lessens your chances of developing it.

Unusual ways to stimulate your brain include:

When it comes to brain health, there’s a free app for that.

For Android: Positive Activity Jackpot, developed for service members returning from combat, uses augmented reality with an Android phone’s GPS to find nearby diversions for someone coping with depression.

For iOS: Happify trains your brain to be happier using quizzes, polls, and a gratitude journal. 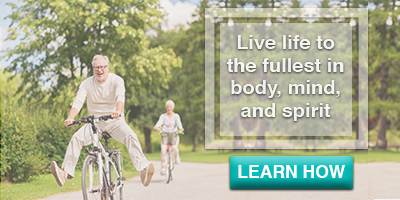 The Mind-Body and Body-Mind Connection